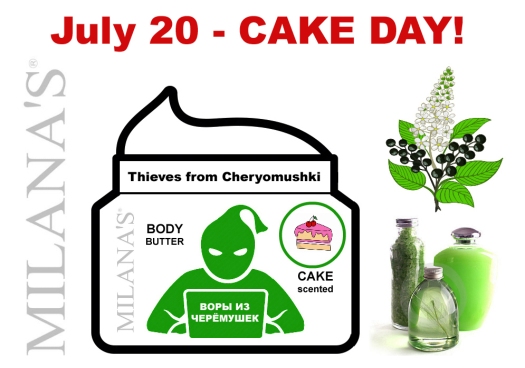 Creation of the 2111 space comics  called “Thieves from Cheryomushki”  began in the Kingdom of Love by commemorating the International Cake Day.

The comics release is part of the unique media project of the Kingdom of Love — the  “Breaking the Wall” movie, which is being created in the new genre of Real Fantasy. They will be produced in series on food, cosmetic, jewelry, fashion and printing products, and bird cherry is one of the main ingredients.

The plan of the comics is based on the story of the attack of green aliens from the aggressive humanoid civilization «Cheryomushki» on space bikers from the star of love AZAM21 in the Cassiopeia constellation. Green humanoids, infected with the hate virus, decided to steal the Cake Day  from bikers, so they mixed the chemicals into natural sweets and turned them into products  with a long shelf life, designed for robots. Space bikers  discovered a substitution on time and called for help from the Space Council of Civilizations to neutralize the newcomers. Since no aggressive methods of influence are used on the star AZAM21, silly aliens will be cured of the hate virus by Universal cosmic love.

The bird cherry  is a healthy and dietary product, even sweets from it are very valuable for health. It is a solution for those who care about their health and can’t deny their favorite dessert. The beneficial properties of bird cherry flour are due to its composition: flavonoids and anthocyanins, which increase the body’s resistance to various disease-causing agents and reduce tissue damage during allergies or inflammation; tannins; ascorbic acid, an important modulator of the immune system; rutin, vitamin P, which protects the skin from aging and wrinkles, and the body — from the threat of cancer; organic acids; sugar, providing the body with energy; cellulose, which is more in the bird cherry flour than in any other flour, inhibits the development of atherosclerosis.

The first cake-scented cosmetic line based on the Dead Sea minerals  will be available to lovers of creativity and quality from any corner of the planet Earth by the end of March 2019. Samples of jewelry and fashion products with pink cakes are ready, the release of line starts at the annual  “pink catwalk” of the  “Cassiopeia Fashion House 2111” in May.

All the comics series, according to the plan, will be ready by July 20, when the next celebration of International Cake Day (a holiday established in the Kingdom of Love in 2011 and dedicated to peace and friendship between people, countries and nations) take place in the world. The motto of the holiday: «I Cake You!» 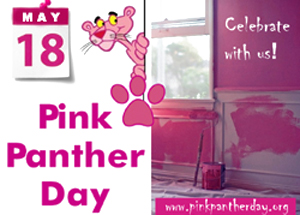